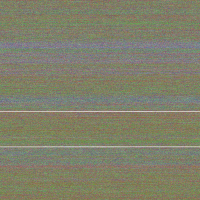 Maybe you still know it from school: Each cell of a human being has two sets of 23 chromosomes, each set received from one parent. Every chromosome is a long and continuous piece of DNA (Deoxyribonucleic acid) which contains many genes and other elements. The backbone of the DNA carries four types of molecules called bases (A, C, G, T). The sequence of these four bases encodes the information and is the genetic code of all of us (more information…).

We took the genetic code from huge data files and assigned a color to every of the four bases. Then we rendered these fascinating pictures displaying each base by one pixel, showing the genetic code of humans in color. The resulting images have a width of 3,500 pixels and a height over 70,000 pixels for the largest chromosomes. 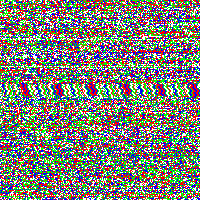 Although scientists know already most of the sequence of the human DNA, the information the genetic code holds is not fully understood. Therefore we want to introduce another idea to display and maybe better understand the code. Structures and repeating bases can be recognized faster and by resizing an image with an appropriate algorithm it is possible to get a quick overview of different sections in the chromosome.

Why are there gray lines and areas in the DNA pictures?

Why are there slight structures in the images? 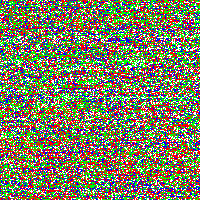 Can the slight structures be extracted out of the images to enhance their visibility?

What did you decide when rendering the chromosomal pictures? What problems did you encounter?

What happens when the bases of the DNA are colored pairwise? 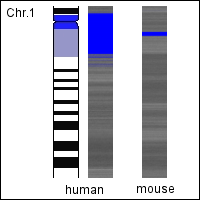 There exists also extrachromosomal DNA. Can it be rendered, too? 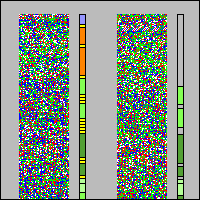 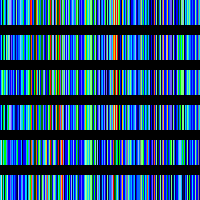 Can the DNA sequence also be rendered in other ways? 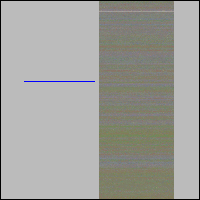 What resources did you use?

If the FAQ didn’t answer your question, please don’t hesitate to contact us.

In the news archive

Here is a (not complete) list of sites that wrote about this project: